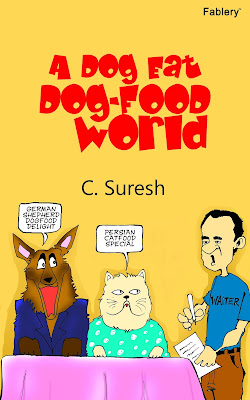 Thanks Ravi! Trust you to get below the overlay of humor :)

A wonderful review. It was joy to read it and the book of course. That is one book (in the tons I read)that I wanted my friends and family to read along with promoting good books. I bought 10 copies and presented them. And, one book I read back-to-back on the same day. :)
Oh, on history... Agreed there is nothing pseudo about the story or how it evolved, it is repeated just the same way, every single time. They say, history repeats itself. Did you ever wonder why? Because we don't learn from it and so today and tomorrow we'll see Toms and Spikes everywhere in the world. :)
Thanks for the review. You should write more. :)