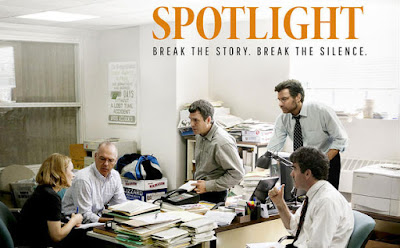 Watching any piece of biographical journalism on film these days takes me back to the first time I watched two contemporary films that belong to this genre.

It may not be that I claim these two to be the best of the lot (All the President’s Men clearly wins that race), but what I am certain of is that these two, for me, represent two extremes that can exist within the boundaries of good filmmaking, particularly in this genre.

I am, of course, talking about Michael Mann’s The Insider and David Fincher’s Zodiac.

Now, I could (and I should, but I won’t, owing to a serious lack of inclination to write anything these days) put forth atleast half a dozen points to prove my argument of how these two films veer towards opposite directions even if both are excellent pieces of journalism-related filmmaking.

However, in the interest of keeping this post about the film that I have referred to in the post title, I shall only mention one:

So, going by the plot lines I have just mentioned, the first should be flat, cold and calculating- given the little or no threat to life that there is to the characters involved. And the second… well the second should atleast be filled with emotional turmoil.

Only, if you were to think so, you would be totally wrong.

The Insider is anything but flat or cold or calculating, whereas Zodiac is- like every other film of Fincher’s- exactly that.

Watching Spotlight, this year’s chief contender and ultimate winner in the Best Picture category at the Oscars, made me think of the two films at various points.

Starring an adequately wrinkled Michael Keaton and an adequately toned down Mark Ruffalo amongst others, the film follows a four-person investigative team called Spotlight that works for The Boston Globe newspaper as they probe into multiple occurrences of child sexual abuse by Catholic priests in Boston area, only to find that the occurrences aren’t singular at all, but systemic to the workings of the Catholic church.

And so, what begins as an inquiry into one case of a priest being accused of molestation quickly turns into thirteen as they start digging; and then into a staggering eighty seven, as they go deeper.

Dealing with a subject as sensitive as this, I thought Tom McCarthy has does a fine job of sticking to a script that is focused solely on the efforts of team Spotlight without straying into greyer, more sensational areas that would’ve certainly made the film much more controversial while not adding anything to its artistic merit. McCarthy uses all elements, right from a steady background score, muffled cinematography, authentic-sounding dialogues and subtle actor performances to maintain a near-neutral tone in the narrative that rises only on a few occasions.

Which is fine, as it still makes for an interesting watch.

And yet, while watching the film I could not help but wonder how different and, more so, how much more effective all of this would’ve been had it been helmed by either Fincher or Mann (or atleast the Mann from the 90s). Because, I found the film to be surprisingly underwhelming for one that has just bagged an Oscar for Best Picture.

Yes, it is indeed commendable how the director succeeds in bringing out such restrained performances from an A-lister star cast (I particularly liked Stanley Tucci and Liev Schreiber who bring depth into their presence despite their limited screen times)

But it is also not a good sign when the performances are so restrained that you are not able to find a single shot in the film you could deem as memorable and affecting, except one: 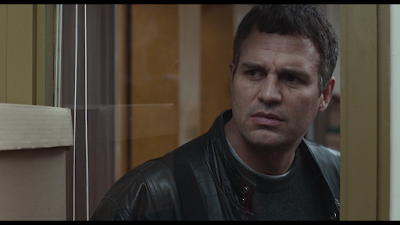 I am just not sure how much of it winning at the Oscars can be attributed to it being a fantastic film and how much of it is merely owing to the fact that it deals with a subject matter that a primarily Christian audience would find sensitive.

PS: On account of the latter being pure fiction and not biographical unlike this film, I have refrained from comparing Spotlight with Barry Levinson's Sleepers, even though the two revolve around child molestation in institutions where children are easily silenced. However, if I were to compare, I would go with Sleepers as the better film.
at 7:15 PM 2 comments: