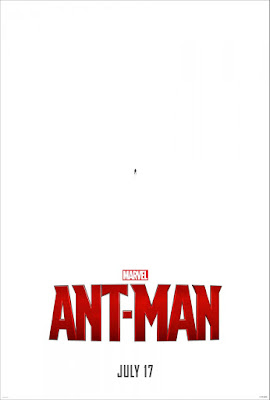 As all film genres go, with the amount of superhero movies that have seen the light of day already, it is hard not to admit, looking forward to one more superhero movie- no matter how big the bang and how ludicrously cast the star donning the suit- just feels bloody tiring.

The saturation level has been breached. I mean seriously, its exhausting.

Which might be why I gave this a miss for quite a while.

And now I figured, heck, if I'm idle enough to watch a piece of shit likeBatman v Superman: Dawn of Justice through till the end credits (Kickass batman, rest is as bad as what one sees every morning when one gets up and looks down before pressing the flush... just kidding... not as bad... I was trying to sugar coat... its way worse than that), I might as well watch something thats been receiving favourable reviews as well.

And behold, I loved Ant-Man.

Marvel finally seems to have found the answer to the big time saturation level breach that I mentioned earlier. And that is: Don't aim big. Aim small.

This is a good superhero movie, and more so, a good movie. Paul Rudd is likeable as the guy donning the suit and Michael Douglas is a great addition to the list of mentors who take up half the screen-time in every superhero origin film.

Forgettable villain, yes. But I'm not sure if making him more villainous would've helped much.

Aside from the fact that the film doesn't take itself too seriously, two other things that I was happy to note were:

- They've gone 'Small' with just about everything here. So no epic boom and crash scenes. Yay! Even the final showdown between hero and villain happens inside a little girl's bedroom. AND JUST THE ROOF GETS DAMAGED! JUST THE ROOF!

- References to the Avengers initiative blend in smoothly unlike the eyesores Snyder gave me through his terrible Easter eggs to the Justice League universe in BvS.
Thoroughly enjoyable watch. I give it three out of five.

PS: Would've loved to see what Edgar Wright could've done with this material had he not walked out during production. His style of direction still shines through in some scenes despite his absence. 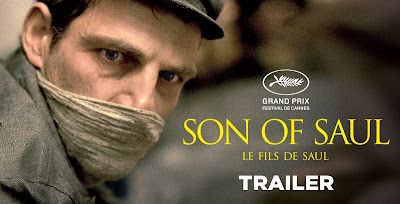 I believe this film will stand the test of time as one of the most effective depictions of life inside Nazi Prison camps.

Dark, as it should be, grim and shot in a manner that induces near-suffocating claustrophobia, Saul Fia is one horrifying experience that has not been made to bring the audience to tears, unlike other films that have already broached this subject before (on a much bigger scale too).

Through his film, László Nemes captures the POV of a single prisoner, Saul Auslander, as he salvages the body of a boy whom he takes to be his son and attempts to find a Rabbi to bury it. Saul, who works as a Sonderkommando (a special group of prisoners, made to work at the camp for a few months before being executed), burning bodies of his own people at the Auschwitz Crematorium, views this as his only opportunity to redeem himself.

Saul's perspective is narrow when we meet him at the beginning, as would be the case with any person put in a position as bleak as his. And his quest to give what he believes to be his son's body a proper burial narrows it down even further.

Saul's vision is limited and his face the face of a man whose appetite to know more has withered away completely. Beyond a point, it is evident that he is least curious in even watching what is happening around him, so long as it doesn't concern or affect his own petty quest.

And to make the audience experience effectively this hopeless narrowness, Nemes uses long takes that do not cut before making one feel squeamish atleast three times in a row and fills up every frame of the film with Saul- either his face or the back of it. Saul is the point of focus in almost all the shots, whereas the inhuman activities occurring inside the gas chamber, the crematorium and other parts of prison are either partially or completely out of focus, or only shown through quick glimpses (although the sound more than makes up for the absence of visuals, I should warn you).

Half hour into Son of Saul, I felt my stomach had already gone hollow. And the rest of the film only increased that sickening sensation.

Géza Röhrig who plays the protagonist is one heck of an actor. To pull off something this intense without a hint of overtness, especially in the long takes, is no mean feat.

I found the film difficult to watch in places due to the jerky camera movements, however, given the theme, I understand that such shots were intentional and necessarily so.

Overall, Son of Saul scores an easy four out of five on my rating scale. A deserving Oscar nod for best film (foreign language).

Yes, the film left me dry-eyed, but not for lack of empathy towards the characters. Empathy being the ability to understand and share the feelings of another, I should say it was actually the opposite. I empathized too well with Saul's tearless-ness to shed any myself.