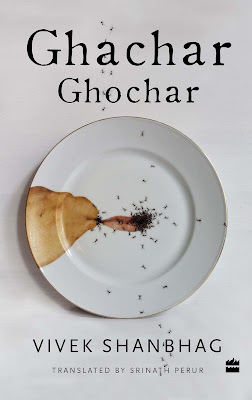 In many ways, critiquing a piece of art that is categorized as slice-of-life can be a tough ask.
If taken in its literal sense, slice-of-life would mean something that represents a segment or a portion of real life.
And as many will agree, there is always this question whether one can consider oneself fully capable of judging the quality of something that is meant to represent real life, where the fact remains that when it comes to judging the quality of their own lives, most humans are perfectly incapable.
Now, you could argue with me on the above point. You could, for instance, contest given that as humans both the reviewer and the review readers are in the same boat, how capable either is in judging the quality of their respective lives is of little relevance.
And to that I will gracefully concede. It is quite possible, yes. I will not deny what I do not have evidence to defend against.
In fact, if we think further along this line, it may well be that this possibility is precisely why I, as a reviewer, can muster the confidence to proceed with this here review of a book that, if you ask me, embodies the genre of slice-of-life in its utmost essence.
Originally written in Kannada by Vivek Shanbhag and translated to English by Srinath Perur, Ghachar Ghochar begins with its narrator describing the interiors of Coffee House, a bar cum restaurant that he is a regular customer at, owing to its old world charm and its laid back feel that reminds him of days before things became complicated and messy.
Through the observations he makes as he sits in a corner of the eatery, we understand that our narrator is a simple man of simple roots, even before we are informed of him hailing from a family of lower middle class bearing that has only in recent years seen a drastic turn of fortune.

We also understand he is jobless, low of ambition and desires, wishing instead to survive through the day, one day at a time while putting in the minimal effort required to not break his languid routine that is being financed by his uncle’s business.
He is timid in his interactions with others- especially his family of six- and is shown to be happy playing a passive spectator to any and every proceeding, including even his own marriage to the feisty Anita.
As the story proceeds further, we are introduced with each subsequent chapter to the other occupants that share the narrator’s household alongwith his wife.

These include a strong-willed mother who knows her priorities too well, a passive albeit repercussion-fearing father, a sister who has returned home after her own marriage turned sour, and a paternal uncle who looks after the family business of trading in spices (or is it just plain spice-trading business, one can only wonder knowing so much yet so little of Chikkappa’s shrouded and shady dealings).
Family dynamics is the key here (after all, we are talking about a traditional Indian family living jointly under one roof) and Shanbhag’s narrator sticks to elaborating the shift in these dynamics over the course of their journey from near rags to suddenly acquired riches.
And with the addition of another member to the equation in the form of his strong-willed and principled wife, the narrator then describes how things are on the verge of going south (or have they gone south already? Again, a question that is left for the reader to ask and answer and ask again, with a shudder).
A fairly simple plot, is it not?
Well the answer is of course a ‘yes’. And yet it is also a resounding ‘no’.
Which reminds me of the conundrum I had began this piece with on how critiquing a slice-of-life artwork can, in many ways, be a tough ask owing to its connection to real life.
Bear with me as I attempt to un-complicate this conundrum for you, my dear reader, for even if what I mentioned at the beginning of this article still holds true (especially when the reviewer’s own life is not of any noticeable quality) there is, as is the case with most other complex problems, a simple solution to this conundrum; a thumb rule that might help in first decoding and then deciding if a slice-of-life artwork has been done right or not.
This thumb rule is simple to use because it has fuck-all to do with all matters abstract, fanciful and flowery.
It goes like this- Real life has two characteristics. Both are distinct. First, there is what we refer to as the ‘real’, and second, there is what we call the ‘ordinary’. A story that focuses on replicating the ‘ordinary’ is slice-of-life done wrong (sometimes horribly wrong).
On the other hand, a story that focuses on capturing what makes real life ‘real’ is slice-of-life done right (which, again, may not necessarily mean that the story works overall, but that is a separate question with a separate set of thumb rules attached to it).
To my good fortune, and also to the readers’, I found that Ghachar Ghochar passed this thumb rule with flying colours.
Shanbhag’s narrator and the other members of his family feel as real as any person you will have met; people whom you are fairly acquainted with but do not wish to know more about- perhaps owing to their borderline-mundane mannerisms or perhaps owing to your fear that there might be more to them than meets the eye, and not in a good way either.
The protagonists, if they can be called that, are as hypocritical as men in real life seldom aren’t. Their natures are layered just as their real life counterparts from most joint families, and with the peeling of each layer, Shanbhag reveals just the right amount of rot to make us feel squeamish but not so much as to make us stop turning the page and look away completely.
Character portrayals aside, the writing flows with a genuineness that seems to have transcended the barrier of language. Each scene plays out in the reader’s head with a clarity that is hard to come by these days, again a sign of the writer’s talent at knowing what makes a scene feel ‘real’ and not just ‘ordinary’.
Perur’s translation works with dual brilliance, first, as an excellent standalone English prose piece, and second, as a piece that retains most of the local flavours one would ordinarily experience while reading in the language of the geography the story is based in.
At a hundred and fifteen pages, the book is able to cover tremendous ground without sacrificing on either the pace or the detailing that was needed for the story to leave a lasting impression.
Overall, I have no hesitation in giving Shabhag’s Ghachar Ghochar top marks.
It is remarkable how the novella is subtle enough to loosen you up and to draw you in, and yet it is also strong enough to keep you attentive and worried about the deeper, darker implications of all that is left unsaid in the tale.
There are many morals here, the loudest and the most obvious one, of course, being- money corrupts.
For me, though, what hit the mark with a much harsher intensity, even if it was only present through the story as an undercurrent, was the importance of learning to differentiate between the ‘unwillingness’ to do bad and the ‘incapacity’ to do bad.
Mind you, one is the spitting image of the other, which means by the time the latter reveals its true self, you are already in harm’s way.
Strongly recommended read.
Click here to buy.
(This review first featured in the April issue of Telegram last year. Helmed by a talented lot having excellent taste in art- and available here for a minimal price of thirty bucks- the magazine is a fantastic platform for amateur writers to showcase their work alongside like-minded others who value quality writing. Do check it out and subscribe.)
at 12:19 PM